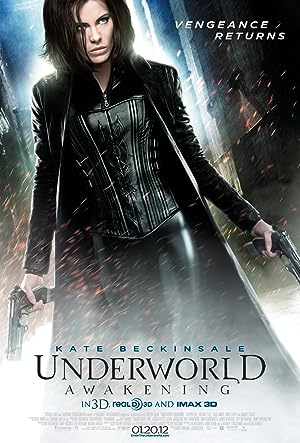 Mankind discover the existence of the Vampire and Lycan species and they begin a war to annihilate the races. When Selene meets with Michael, they're hit by a grenade. 12 years later, Selene awakens, and meets the vampire, David. She learns she had been the subject of the scientist Dr. Jacob Lane and the Vampire and Lycan species have been practically eradicated from Earth.. Now, Selene and David have to protect a 12-year-old girl against the Lycans who intend to use her. Written by Claudio Carvalho, Rio de Janeiro, Brazil