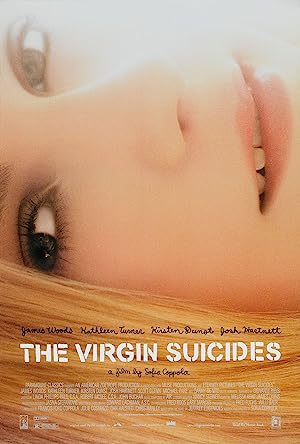 A man about forty years of age tells the story from when he was a teenager in upscale suburban Detroit of his and three of his friends' fascination with the mysterious and doomed Lisbon sisters. In 1974, the sisters were seventeen year old Therese, sixteen year old Mary, fifteen year old Bonnie, fourteen year old Lux, and thirteen year old Cecilia. Their fascination still remains as they try to piece together the entire story. The sisters were mysteries if only because of having a strict and overprotective upbringing by their father, who taught math at the girls' private co-ed school, and overly devout Catholic mother, who largely dictated the household rules. The story focuses primarily on two incidents and the resulting situations on the girls' lives. The first was an action by Cecilia to deal with her emotions over her life. And the second was the relationship between Lux - the sister who pushed the boundaries of the household rules most overtly in doing what most teenagers want to do - and Trip Fontaine, he who could have any girl he wanted but wanting solely Lux. Written by Huggo