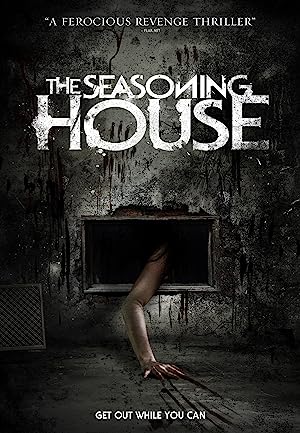 In 1996, in the Balkans, the population of a small town is slaughtered by a militia under the command of the inhuman Goran that abducts young girls for prostitution in a brothel owned by the cruel Viktor. The deaf Angel that witnessed the execution of her mother has a weird birth mark on the face and Viktor chooses her to housework; to put makeup and drug the girls for the clients; and cleaning them up after the brutal encounters. Angel also sneaks between the walls and ventilation ducts during the night. Angel befriends the girl Vanya that knows the language of the deaf. When Goran returns to the house with his men, Angel witnesses one of them raping and killing Vanya and she revenges her new friend killing the man. Now Goran and his men are hunting her down and she is trapped in the house. Written by Claudio Carvalho, Rio de Janeiro, Brazil