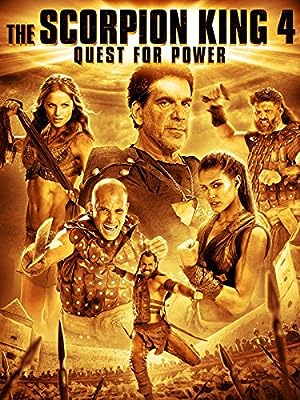 Double-crossed by a good friend during a dangerous quest to retrieve the Urn of Kings - a rare artefact that unleashes the ancient power of the sorcerer, Lord Alcaman - Mathayus (Victor Webster) sets out on a journey to the kingdom of Norvania to deliver a peace treaty. Instead, the Akkadian warrior finds himself wrongfully accused of murder, with the soldiers of an entire kingdom after him. Now, Mathayus must rely on his skills and his only allies - the fellow prisoner, Valina Reskov (Ellen Hollman), and her inventor father, Sorrell (Barry Bostwick) - to escape from the hostile realm in one piece. Is the Scorpion King capable of stopping the dark warlock's magical force? Written by Nick Riganas