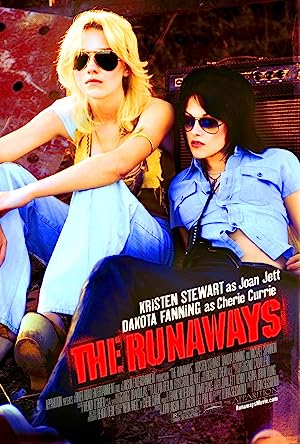 In 1975, San Fernando Valley teen Joan Larkin reinvents herself as Joan Jett, a guitarist who wants to form an all-girl punk band. She pitches the idea to a sleazy manager, Kim Fowley, who pairs her with a drummer and then searches for a face: he finds Cherie Currie, at age 15, the perfect jailbait image for his purpose; by luck, she can sing. Two others round out the band, The Runaways. Fowley books a tour, signs them to Mercury Records, and packs them off to crowds in Japan. Seeds of conflict sprout early: Fowley puts Cherie front and center in the publicity, she's soon strung out on drugs and vodka, and jealousies arise. Without adult supervision, where can Joan and Cherie end up? Written by