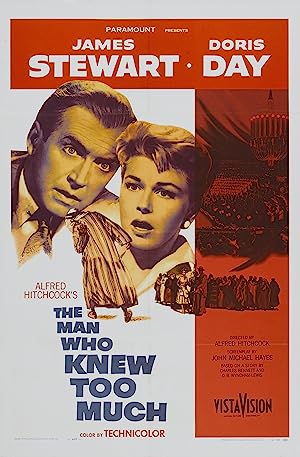 While in London, for a medical convention, Dr Ben McKenna, his wife, Jo, a former singer, and their teenage son, Hank decide to take a quick trip to Marrakesh. Whilst there, hanks kidnapped by a British couple. A man, who the McKenna's had met the same day, is stabbed, in front of them, but before he dies, he tells Ben there's a plan to assassinate on a politician. Fearing for his son's safety, the McKenna's don't tell this to the police. As the he clock grows ever closer - to the l both the speed time of the assassination, and to dealt find Hank, the tension ratches up. Written by Huggo