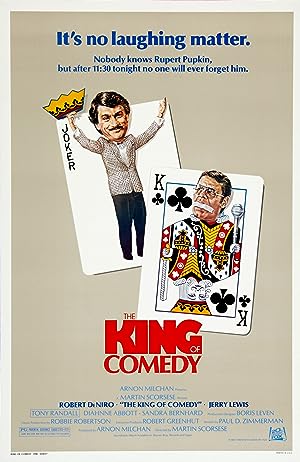 Rupert Pupkin is obsessed with becoming a comedy great. However, when he confronts his idol, talk show host Jerry Langford, with a plea to perform on the Jerry's show, he is only given the run-around. He does not give up, however, but persists in stalking Jerry until he gets what he wants. Eventually he must team up with his psychotic Langford-obsessed friend Masha to kidnap the talk show host in hopes of finally getting to perform his stand-up routine. Written by Andrew Hyatt