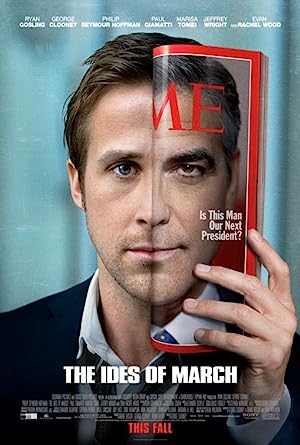 Stephen Meyers is a young idealist who's brilliant at communications, is second in command of Governor Mike Morris's presidential campaign, and is a true believer. In the middle of the Ohio primary, the campaign manager of Morris's opponent asks Meyers to meet; he offers him a job. At the same time, Morris's negotiations for the endorsement of the man in third place, a North Carolina Senator, hit a snag. A young campaign intern, Molly Stearns, gets Stephen's romantic attention. Republicans have a trick up their sleeve; Stephen may be too trusting, and Molly has a secret. What's most important, career, victory, or virtue? Written by