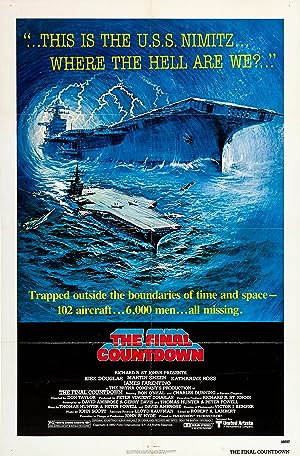 In 1980, the assistant of the Department of Defense Warren Lasky is assigned by his mysterious chief Richard Tideman to visit the aircraft carrier USS Nimtz commanded by Capt. Matthew Yelland as an observer of the routines. Lasky finds that Wing Commander Richard T. Owens has a great knowledge of history. Out of the blue, the vessel faces a weird storm and they find that they have traveled back in time to the eve of the attack of Pearl Harbor on 06 December 1941. When the two Japanese Zeros attack the motorboat of Senator Samuel Chapman, the crew of the Nimitz rescues the senator and his assistant Laurel Scott. But sooner Lasky learns that the senator had disappeared on that day and Capt. Matthew Yelland is planning to attack the Japanese. Will these actions create a time paradox? Written by Claudio Carvalho, Rio de Janeiro, Brazil