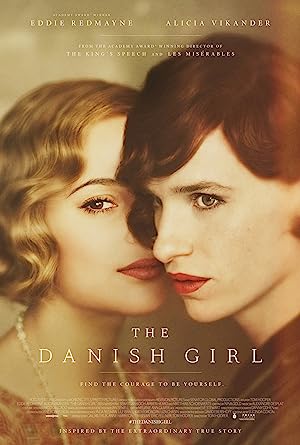 Copenhagen, Denmark, 1926. Einar Wegener (played by Eddie Redmayne) and his wife Gerda (Alicia Vikander) are a happily married couple. Both are artists, Einar preferring landscapes and she portraits. One day Einar poses for a portrait of Gerda's while wearing a dress. This is initially done as a lark, as is the later attendance at a party dressed as a woman. However, Einar soon discovers that she is in fact a woman and over time prefers being Lili. At first she and Gerda try to have her situation "cured" but this leads nowhere (other than to many doctors trying to have Lili locked up as a pervert and/or lunatic). Her voyage of self-discovery will ultimately lead to her undergoing the first ever sex-change operation. Written by grantss