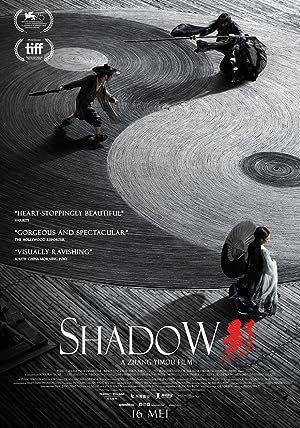 Set during China's Three Kingdom's era (AD 220-280). The story of a great king and his people, who will be expelled from their homeland and will aspire to claim it. The king, violent and ambitious, of mysterious methods and motives; his general, a visionary who yearns to win the final battle but needs to prepare his plans in secret; the women of the palace, who struggle to find redemption in a world where they have no place; and a commoner called "Lord of all the world", will be the characters around who turn the inexorable forces of this story. Written by https://mydramalist.com/29264-shadow