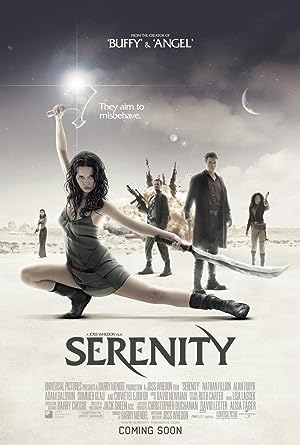 In the future, a spaceship called Serenity is harboring a passenger with a deadly secret. Six rebels on the run. An assassin in pursuit. When the renegade crew of Serenity agrees to hide a fugitive on their ship, they find themselves in an awesome action-packed battle between the relentless military might of a totalitarian regime who will destroy anything - or anyone - to get the girl back and the bloodthirsty creatures who roam the uncharted areas of space. But, the greatest danger of all may be on their ship. Written by Anthony Pereyra {[email protected]}

Kabaneri of the Iron Fortress: The Battle of Unato (2019)