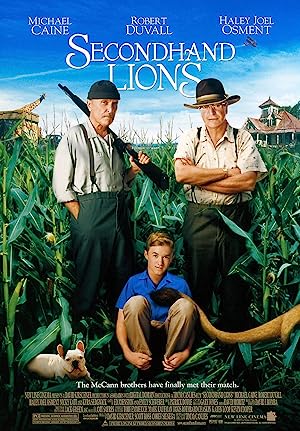 A boy named Walter is dropped by his mother Mae at his great-uncles' house. Later, Walter will find out his great-uncles' big secret, and rumors say that Hub and Garth, Walter's great-uncles, have stolen a lot of gold and money. (some say they stole it from Al Capone) Did they really steal that money or not? Written by Christina ^_^