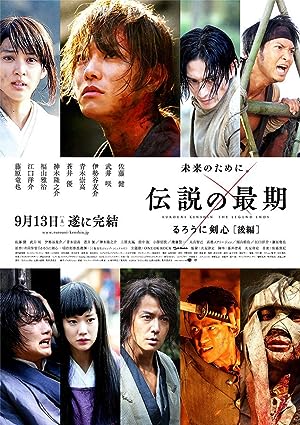 Kenshin wakes up to find himself at his master(Hiko Seijuro)'s house after getting washed by the waves to land while he was unconscious at sea for 3 days. Kenshin asks Seijuro to teach him the ultimate and pinnacle technique of the Hiten Mitsurugi school, the Amakakeru Ryu no Hirameki. Seijuro accepts Kenshin's request after they spar with each other. Meanwhile in Tokyo, Prime Minister Hirobumi Ito attends a meeting with Makoto Shishio who forces him to declare Kenshin a wanted outlaw and have him publicly executed or else Shishio will destroy both Tokyo and the government. Written by Sonoda Haro, Kagoshima, Japan