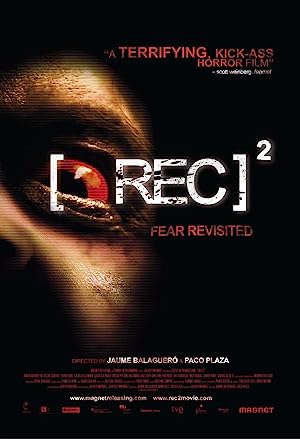 The medical Dr. Owen leads a three-men SWAT team inside the sealed off building to get blood sample from the girl Medeiros to develop an antidote. They are attacked by the zombie-like creatures and Dr. Owen locks a zombie inside a room using a crucifix. He discloses that the patient zero was possessed by the evil and the Vatican sent him to save mankind. Further, they will only leave the building under his voice command. Meanwhile, three teenagers follow a fireman and a man that breaks into the building through the sewage system to rescue his colleague and daughter respectively and they are trapped inside. They are lured and release the evil creature that was locked by Dr. Owen in a room. Out of the blue, the lead team meets the journalist Ângela Vidal hidden inside the building. Written by Claudio Carvalho, Rio de Janeiro, Brazil