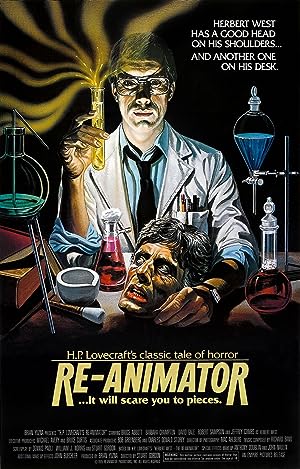 Obsessed with the idea of overcoming the obstacle of death and determined to vindicate himself by backing up his theory, the ambitious medical student, Herbert West, arrives in New England, after the horrific incident at the Institute of Medicine in Switzerland. Before long, Herbert will pick up where he left off--at first, experimenting with dead feline tissue, and then, with fresh human cadavers--talking his sceptic roommate, Dan Cain, into joining his audacious project. Inevitably, as the two young scientists burrow deeper and deeper into uncharted territories, the campus will start brimming with West's reanimated corpses, catching the eye of his arch-nemesis, Dr Hill, who yearns to take credit for this astounding discovery. The dead will rise again, even with a bit of help; however, can the young re-animator harness the power of his phosphorescent green reagent? Written by Nick Riganas