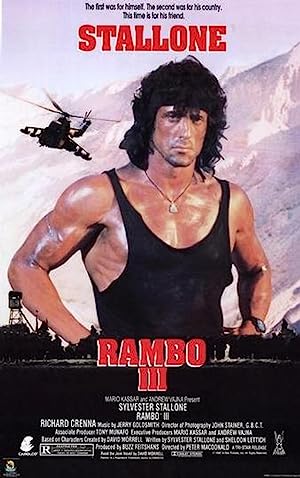 Weary of the horrors of war, the expert in guerrilla tactics, John Rambo, has settled in exotic Thailand since the suicide rescue mission in Rambo: First Blood Part II (1985). However, John will return to action, when his grizzled mentor, Colonel Sam Trautman, gets trapped behind the enemy lines in Soviet-infested Afghanistan, after a botched attempt to aid the remaining rebel pockets. Now, there's no turning back--and as each minute counts--John must act fast before it's too late. Once more, the government will deny John's existence if the men of the ruthless Soviet Colonel, Zaysen, capture him. But, John shows no mercy, and, this time, he fights for his friend. Can Rambo save the only man who ever stood by him? Written by Nick Riganas