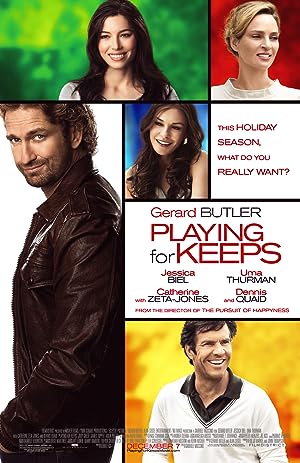 George is a former professional soccer star who's moved to Virginia to be close to his ex-wife and son. He's broke, jobless, without a plan, and a constant source of disappointment to his son. When he takes over as his son's soccer coach, he has a new connection to the lad. He also gets the attention of three of the players' moms as well as the glad hand of a wealthy dad. His ex-wife's getting married, he has a lead on a sportscasting job, and he finds new ways to disappoint his son. Is there any way he can sort things out? Written by