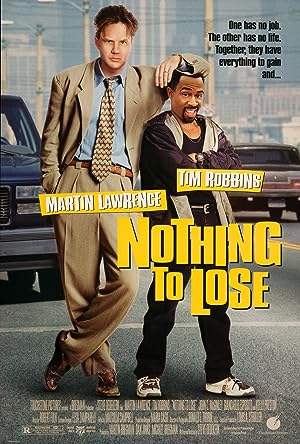 When a man (Robbins) believes he has discovered that his wife is having an affair with his boss, it sets off a chain reaction of events. First he wanders into a ghetto where a robber (Lawrence) tries to take his money at gunpoint, but instead sets a wild ride from California to Arizona. The two eventually become reluctant friends. Discussing robbery techniques, they decide to get back at the boss by robbing an office safe containing hundreds of thousands of dollars. Life is further complicated by another pair of robbers who chase the first two for infringing on their territory. Written by John Sacksteder