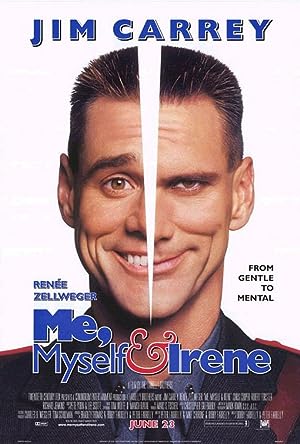 Charlie Baileygates (Jim Carrey) is a Rhode Island state trooper with multiple personalities. He is otherwise mild-mannered and non-confrontational until somebody or something pushes him a little too far. That's when his maniacal alter-ego, Hank, takes over. Charlie is assigned on a routine mission to return alleged fugitive Irene Waters (Renée Zellweger) back to upstate New York, but they wind up on the run from corrupt Police Officers. And their escape would be a lot simpler on everybody involved if Hank didn't keep stepping in at the most inopportune times. Written by