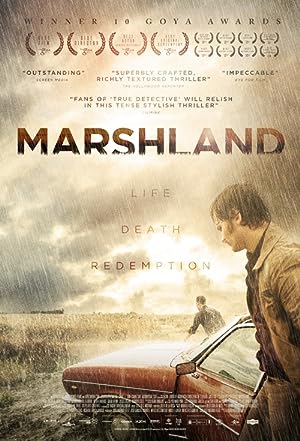 1980. In a little town close to Coto of Doñana (Andalusia, south to Spain), two teen girls have disappeared. The father of one of the girls, who have connections with important people in the forces of the law, gets that two police detectives of homicides from Madrid are assigned to the mission to find the girls if they are alive, or find the assassin if they appear died. The detectives are Pedro Suárez and Juan Robles. While that Suárez is a young, taciturn and circumspect agent in a Spain that it tries to find a new identity as democratic country after General Franco's death in 1975, Robles is a veteran, funny and expeditious agent, with a mysterious past as alleged member of Franco's Armed Police dismantled in 1978. Unable to reconcile one with each other, Suárez and Robles find trapped by the hostile environment of a place where the old Franco's methods and customs still alive, and where they two aren't welcome. When the girls appears died, the following investigation move the cops to discover deaths happened before of other teen girls that they never were investigated. While Suárez meets beautiful Rocío, an enigmatic woman of the town, Robles learns to move by the town looking for information, learning about rich and powerful people that make their will with total impunity. But according the clues signs Quini, a young of the town charming and womanizer related with the girls, a journalist arrives to the town to report about the case, contacting Suárez about it and about Robles' past. Without more options, Suárez and Robles will have to leave their differences apart not only for solve the case, but not dying in the try. Written by Chockys