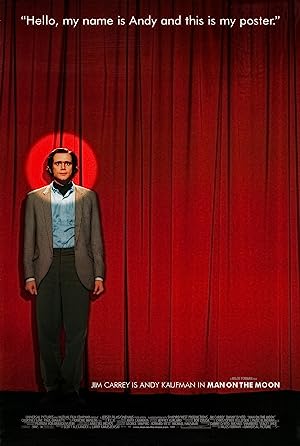 A biographical film on the late comedian Andy Kaufman. Kaufman, along with his role on Taxi (1978), was famous for being the self-declared Intergender Wrestling Champion of the world. After beating women time and time again, Jerry Lawler (who plays himself in the movie), a professional wrestler, got tired of seeing all of this and decided to challenge Kaufman to a match. In most of the matches the two had, Lawler prevailed with the piledriver, which is a move by spiking an opponent head-first into the mat. One of the most famous moments in this feud was in the early 80s when Kaufman threw coffee on Lawler on [error], got into fisticuffs with Lawler, and proceeded to sue NBC. Written by Eli Boorstein