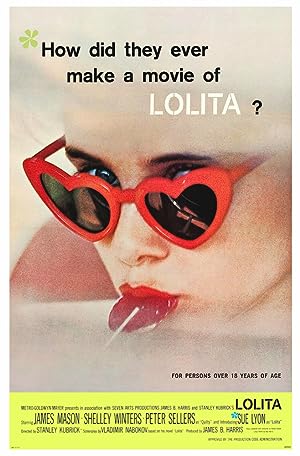 Humbert Humbert forces a confrontation with a man, whose name he has just recently learned, in this man's home. The events that led to this standoff began four years earlier. Middle aged Humbert, a European, arrives in the United States where he has secured at job at Beardsley College in Beardsley, Ohio as a Professor of French Literature. Before he begins his post in the fall, he decides to spend the summer in the resort town of Ramsdale, New Hampshire. He is given the name of Charlotte Haze as someone who is renting a room in her home for the summer. He finds that Charlotte, widowed now for seven years, is a woman who puts on airs. Among the demonstration of those airs is throwing around the name of Clare Quilty, a television and stage script writer, who came to speak at her women's club meeting and who she implies is now a friend. Those airs also mask being lonely, especially as she is a sexually aggressive and liberated woman. Humbert considers Charlotte a proverbial "joke" but decides to rent the room upon meeting Charlotte's provocative daughter, Dolores Haze - more frequently referred to as Lolita - who he first spots in a bikini tanning in the back yard. He is immediately infatuated with Lolita, with who he becomes obsessed in a sexual manner despite her age, she being just into her teens. He will also learn that Charlotte has the exact same feelings for him. While Charlotte does whatever she can to be alone with Humbert, Humbert does the same with Lolita. As the summer progresses, Humbert, based on the circumstances, decides to enter into a relationship with Charlotte just to be near Lolita. In that new arrangement, Humbert has to figure out how to achieve his goal of being with Lolita with Charlotte out of the way. As things begin to go Humbert's way, he is unaware that Charlotte is not the only thing standing in his way between him and Lolita, that other thing being Lolita's possible interest in other boys, and other members of the male sex, young or old, who may have their own designs on Lolita. Written by Huggo