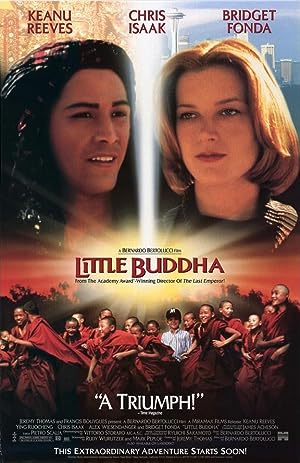 Lama Norbu comes to Seattle in search of the reincarnation of his dead teacher, Lama Dorje. His search leads him to young Jesse Conrad, Raju, a waif from Kathmandu, and an upper class Indian girl. Together, they journey to Bhutan where the three children must undergo a test to prove which is the true reincarnation. Interspersed with this, is the story of Siddharta, later known as the Buddha. It traces his spiritual journey from ignorance to true enlightenment. Written by Samantha Santa Maria