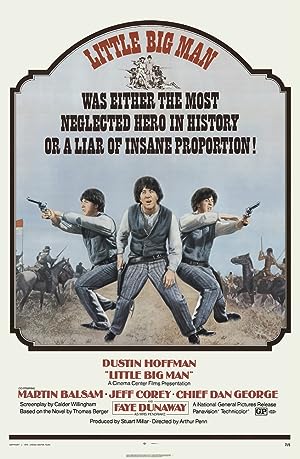 Jack Crabb is 121 years old as the film begins. A collector of oral histories asks him about his past. He recounts being captured and raised by indians, becoming a gunslinger, marrying an indian, watching her killed by General George Armstrong Custer, and becoming a scout for him at Little Big Horn. Written by John Vogel