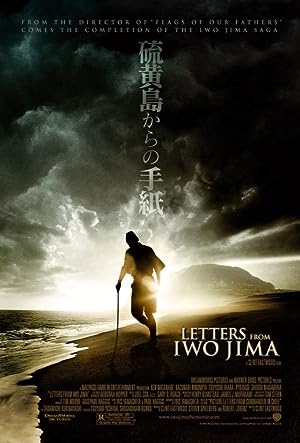 The island of Iwo Jima stands between the American military force and the home islands of Japan. Therefore the Imperial Japanese Army is desperate to prevent it from falling into American hands and providing a launching point for an invasion of Japan. General Tadamichi Kuribayashi (Ken Watanabe) is given command of the forces on the island and sets out to prepare for the imminent attack. General Kuribayashi, however, does not favor the rigid traditional approach recommended by his subordinates, and resentment and resistance fester amongst his staff. In the lower echelons, a young soldier, Saigo (Kazunari Ninomiya), a poor baker in civilian life, strives with his friends to survive the harsh regime of the Japanese Army itself, all the while knowing that a fierce battle looms. When the American invasion begins, Kuribayashi and Saigo find strength, honor, courage, and horrors beyond imagination. Written by Jim Beaver