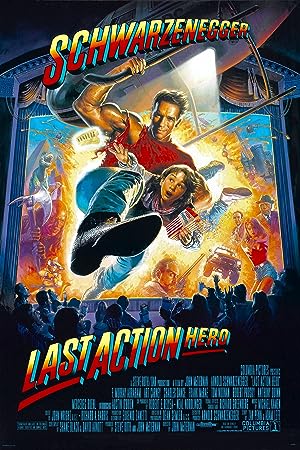 Young Danny Madigan is a huge fan of Jack Slater, a larger-than-life action hero played by Arnold Schwarzenegger. When his best friend, Nick the projectionist, gives him a magic ticket to the newest Jack Slater movie, Danny is transported into Slater's world, his number one hero where the good guys always win. It's a dream come true for Danny, but things take a turn for the worse when one of Slater's enemies, Benedict the hit man, gets ahold of the ticket and ends up in Danny's world. Slater and Danny must join forces and travel back and stop him at all costs before it'll be the end of Jack Slater. Written by Anthony Pereyra {[email protected]}