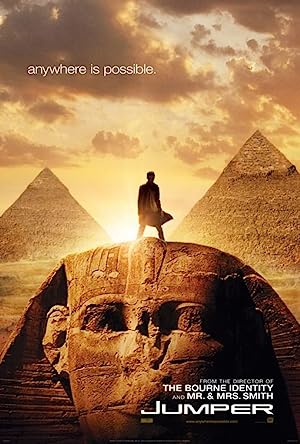 David Rice is a high school student in Ann Arbor, abandoned by his mother at five, living with his callous, alcoholic father, enamored with Millie, a fellow student, and picked on by at least one classmate. On a winter's day, while about to drown, he discovers he can transport himself instantaneously to anyplace on earth. He runs away from home, goes to New York City, robs a bank vault, and comes to the attention of a shadowy group of government hunters. Eight years later, the hunters, led by the murderous Roland, get a fix on David. He heads home, searches out Millie, invites her to travel with him, and only later realizes that Roland and his crew are seriously deadly. Is everyone close to David in danger? Written by