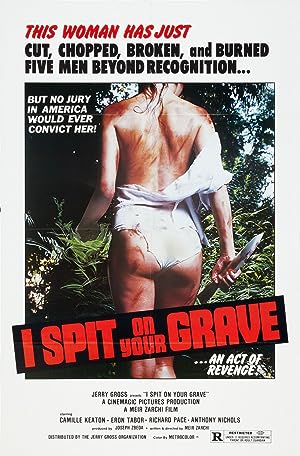 The film follows Jennifer, a writer who is working on a new novel and needs to get out of the city to finish it. She rents a riverside cabin in upstate New York to work on her novel, attracting the attention of a number of rowdy male locals. They catch Jennifer one day and strip her naked for the village idiot (Matthew) and rape her. Jennifer is later attacked and raped a further two times by the four degenerates, and her novel is also destroyed. But Jennifer recovers, and in her now-twisted, psychotic state, she begins to seek revenge on the men. Written by Craig Johnson