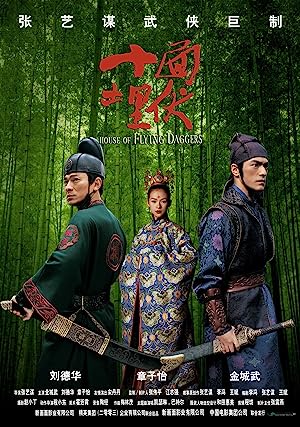 During the reign of the Tang dynasty in China, a secret organization called "The House of the Flying Daggers" rises and opposes the government. A police officer called Leo sends officer Jin to investigate a young dancer named Mei, claiming that she has ties to the "Flying Daggers". Leo arrests Mei, only to have Jin breaking her free in a plot to gain her trust and lead the police to the new leader of the secret organization. But things are far more complicated than they seem... Written by Chris Makrozahopoulos