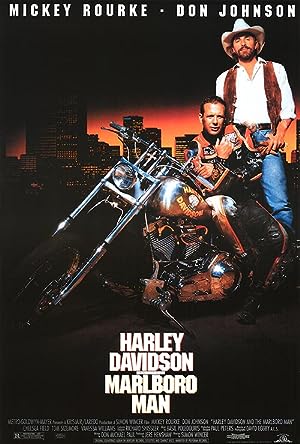 Two lone riders and childhood friends, the rough and silent Harley Davidson and the ragged sun-baked cowboy Marlboro, assemble once more when they learn that their favourite hangout and the place where they grew up, the notorious Rock 'n' Roll Bar and Grill is facing imminent foreclosure. For this reason, against the preposterous demands for a new contract, the two lifelong buddies in unflinching determination to win back the bar, they will decide to hold up the corrupt bank's armoured car, unbeknownst to them that its cargo is not money but a new lethal and highly experimental street drug: the Crystal Dream. Now the bank wants it back and they are unstoppable. Is everything lost for Harley and Marlboro, the two well-meaning but amateurish thieves? Written by Nick Riganas