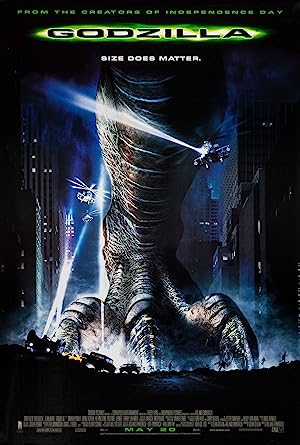 In the wake of extensive nuclear testing in the South Pacific Ocean, the low-profile scientist, Niko Tatopoulos, is summoned by the U.S. Army to shed light on the mysterious attack on a fishing ship, and the ominous sightings of a gargantuan sea-dragon. Before long, a mutated scaly nightmare in the shape of Godzilla--a massive and all-powerful radioactive sauroid--threatens to level the rain-soaked New York City, against the backdrop of a crippling bureaucracy and the military's futile attempts to stop the invincible beast from the ocean. Now, it's up to Niko; the cryptic insurance agent, Philippe; the determined reporter, Audrey, and her brave cameraman, Victor, to put an end to Godzilla's reign of terror before it's too late. Is there a reason why Godzilla has chosen Manhattan for its den? Written by Nick Riganas