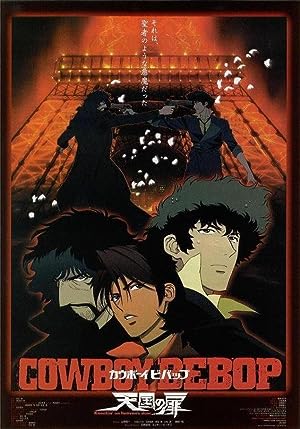 The year is 2071. Following a terrorist bombing, a deadly virus is released on the populace of Mars and the government has issued a 300 million woo-long reward, the largest bounty in history, for the capture of whoever is behind it. The bounty hunter crew of the spaceship Bebop; Spike, Faye, Jet and Ed, take the case with hopes of cashing in the bounty. However, the mystery surrounding the man responsible, Vincent, goes deeper than they ever imagined, and they aren't the only ones hunting him. The original creators of the virus have dispatched Electra to deal with Vincent and take out anyone who may stumble on the truth behind him. As the hunt for the man with no past and no future continues to escalate, they begin to question what about the world is reality and what is a dream as the line between sanity and insanity becomes more apparent. Written by Anonymous