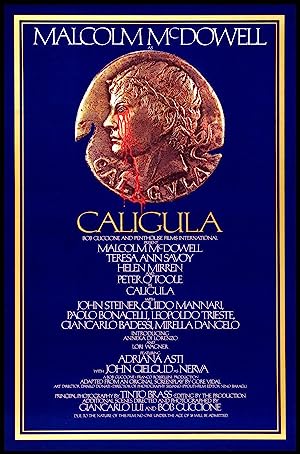 The rise and fall of the notorious Roman Emperor Caligula (Malcolm McDowell), showing the violent methods that he employs to gain the throne, and the subsequent insanity of his reign. He gives his horse political office and humiliates and executes anyone who even slightly displeases him. He also sleeps with his sister, organizes elaborate orgies and embarks on a fruitless invasion of Britain before meeting an appropriate end. There are various versions of this movie, ranging from the heavily truncated one hour and thirty-minute version to the legendary two hour and forty-minute hardcore version which leaves nothing to the imagination (though the hardcore scenes were inserted later and did not involve the main cast members). Written by Michael Brooke