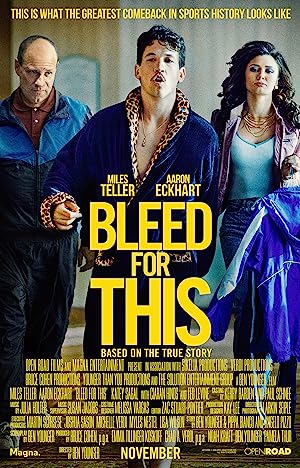 On November 1988, Vinny Pazienza boxes Roger Mayweather for the WBC World Light Welterweight Title. He arrives late to the weigh-in, as he has been riding a stationary bicycle in order to make the weight limit. Vinny's final weight is 140 pounds even, which qualifies him for the fight. Instead of resting up for the fight, Vinny spends the night at a casino. The following day, he loses to Mayweather. At one point during the fight, Vinny is hit after the bell. His boxing manager Lou Duva causes a scene by going after Mayweather, but is punched as a result. Following the match, Duva tells the media that Vinny should retire from boxing. This angers Vinny's father Angelo (who serves as his coach), and he confronts Duva. In the ensuing argument, Vinny announces that he wants another fight, and hires Kevin Rooney as his coach..