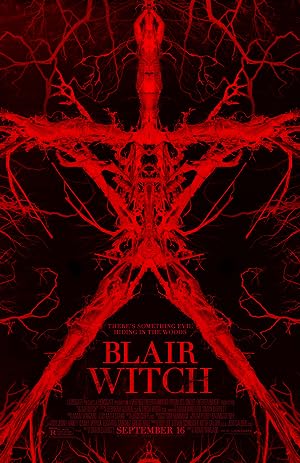 After unearthing a DV tape containing intriguing raw footage in Burkittsville's Black Hills Forest, Lane and Talia upload the video on YouTube. Then, James stumbles upon the video, and--believing that he saw an image of his missing sister, Heather, who disappeared in 1994 in the same woods while investigating the legend of the Blair Witch--he assembles a team of friends in search of answers. Convinced that she is still alive, he heads into the gloomy forest accompanied by his friend Peter; Peter's girlfriend, Ashley; the film student, Lisa, and the pair of uploaders, only to go astray in the heart of a green maze. Now, more and more, as James and his team find themselves trapped in the epicentre of the evil activity, the blood-curdling legend of the wicked sorceress seems real. Can they escape from the wrath of the demonic Blair Witch? Written by Nick Riganas