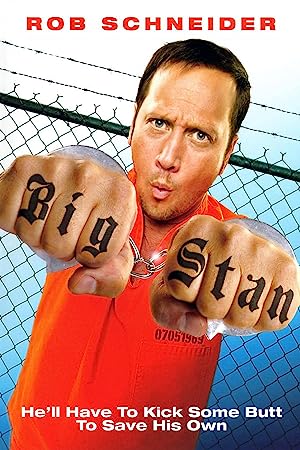 The fraudulent real state agent Stan is married with his beloved Mindy and has a seven million dollar fortune. When he is arrested for fraud, he is sentenced to three years in prison and his assets are frozen by the justice. However, his crooked lawyer Lew Popper negotiates a six month freedom, and the weak Stan, who is afraid of being raped in prison, hires the specialist in martial arts The Master to teach him self-defense. Six months later, Big Stan is sent to the Oaksburgh State Penitentiary totally confident in his expertise in martial arts. He challenges the violent leaders of the gangs and defeats them, being respected by the inmates and bringing peace in the patio. However, the dirty Warden Gasque has the intention of transforming the penitentiary in a luxury resort, and uses Big Stan knowledge to improve his project, promising to release him sooner using the corrupt penal system. Written by Claudio Carvalho, Rio de Janeiro, Brazil