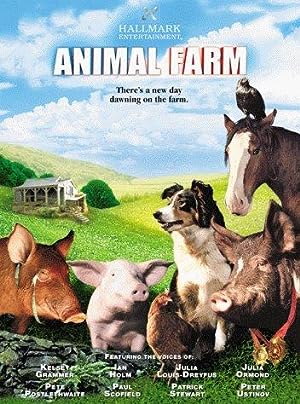 A satire of Stalinist Russia, this story tells of the revolt of the animals of Manor Farm against their human masters. Led by the pigs Snowball (Trotsky) and Napoleon (Stalin), the animals attempt to create a utopian society. Soon, however, Napoleon gets a taste for power, drives out Snowball, and establishes a totalitarian regime as brutal and corrupt as any human society. Manor Farm becomes a world where all animals are equal, but some are more equal than others. Written by David Rickard