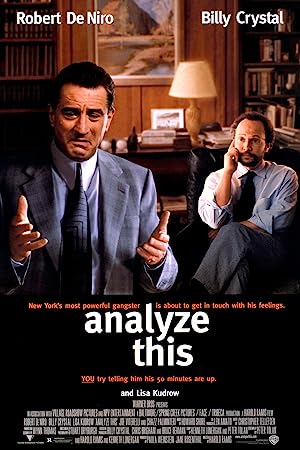 Living in the shadow of his famous psychiatrist father, with multiple issues to deal with while getting ready to remarry, the New York City psychologist, Dr Ben Sobel, has one more problem to take care of, after a fender bender with the powerful mob boss, Paul Vitti. Secretly suffering from intense anxiety attacks that render him incapable of doing what he is best at, the notorious gangster decides to pay the good doctor a visit, hell-bent on resolving his deep-seated issues before the annual meeting of Big Apple's Mafia Dons. Now, Ben has a pressing two-week deadline to come up with an effective solution, as his conflicted but dangerous patient takes no for an answer. Can Ben analyse this? Written by Nick Riganas