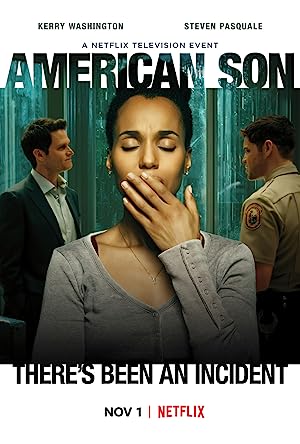 Frantic with worry, Kendra Ellis-Connor (Kerry Washington) paces the waiting area of a Miami police station. Her 18-year-old son Jamal, a top student about to enter West Point, went out with friends early in the evening and, uncharacteristically, has neither returned nor contacted her. As she waits for her estranged husband Scott (Steven Pasquale), Kendra is interviewed by Officer Paul Larkin (Jeremy Jordan), who assures her that his questions about whether Jamal has priors, a street name, or gold teeth are strictly protocol and not racist. Larkin suddenly discloses new details regarding Jamal's whereabouts when Scott arrives, not initially realizing that this white FBI agent is Jamal's father. As the three hash it out in the otherwise deserted waiting area, urgent questions arise concerning the degree to which race, gender, and class play into police procedure. Written by Toronto International Film Festival