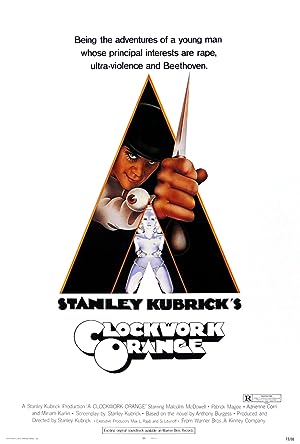 Protagonist Alex DeLarge is an "ultraviolent" youth in futuristic Britain. As with all luck, his eventually runs out and he's arrested and convicted of murder and rape. While in prison, Alex learns of an experimental program in which convicts are programmed to detest violence. If he goes through the program, his sentence will be reduced and he will be back on the streets sooner than expected. But Alex's ordeals are far from over once he hits the streets of Britain.. Written by Nikki Carlyle