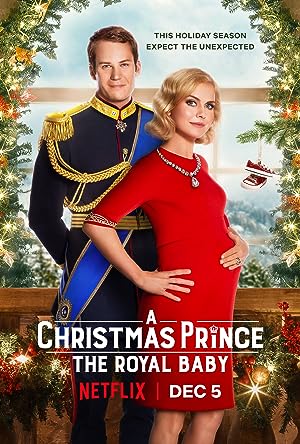 It's Christmastime in Aldovia, and a a royal baby is on the way. Queen Amber (Rose McIver) and King Richard (Ben Lamb) are getting ready to take some time off to prepare for their first child's arrival, but first they have to host King Tai (Kevin Shen) and Queen Ming (Momo Yeung) of Penglia to renew a 600-year-old sacred truce. But when a snowstorm hits on Christmas Eve and the priceless treaty goes missing, peace is jeopardized and an ancient curse looms. Amber will have to figure out who the thief is before before the clock strikes midnight, for the safety of her family and the kingdom. Written by Netflix